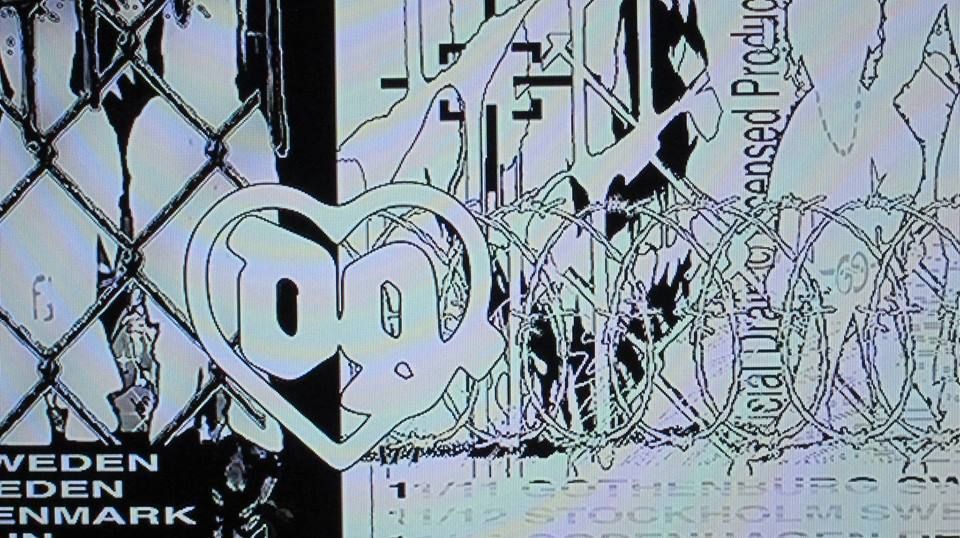 Drain Gang, formerly known as Smög Boys, Gravity Boys, or Shield Gang is a Swedish rap group: consisting of rappers Bladee (Benjamin Reichwald), Ecco2k (Zak Arogundade), and Thaiboy Digital (Thanapat Thaothawong), and producer Whitearmor (Ludwig Rosenberg). The group has gained traction for their unique combination of styles and range of influences, and association with fellow Swedish rapper Yung Lean and his Sadboys collective. Their obsessive fanbase, referring to themselves as 'drainers', are often attracted to the group's strong visual aesthetic, alongside their distinctive style of 'cloud rap' - though never stagnating or relying on a formula, one can often identify a Drain Gang song. The group's style has a great deal to do with their isolation and outsider status - outside any significant rap scene in Stockholm, the teenagers developed their own styles through American influences such as Chief Keef and Lil B, while maintaining a spirit of individualism (Bladee and Ecco2k began their musical 'careers' as children in the powerviolence band Krossad, releasing rough demos with absurd lyrics such as "ägg.ägg". The group has undeniable visual talent, forming a coherent aesthetic through music videos, websites and their own fashion empire through merchandise and Ecco2k's brand G'LOSS (symbolising the Drain Gang motto "Loss and gain is the same").

The most well-known member of the collective, averaging around 500,000 monthly listens on Spotify. The cultlike devotion of Drain Gang is matched with Bladee's angelic energy and use of arcane symbolism, visible from the beginning of his career for example in this video for 'Reborn' from 2014, but which has evolved, blossoming into work such as the ethereal bass-driven pop of 'Girls just Want to Have Fun' with Ecco2k, and his psychonautic mixtape, Exeter. Bladee's career shows his fluidity between dorkiness, ascendence and flexing, transitioning between the styles of Gluee, Icedancer, Eversince and Exeter to show a man fully comfortable with expressing the full spectrum of emotion and self-expression.

Perhaps the most elusive member, Ecco2k (born Zak Arogundade), draws on his experiences of societal racism (having a British Nigerian father and Swedish mother, and travelling between the two countries as a child) and drug addiction to create the highly emotional album ℮ released to great acclaim in late 2019 - after being hyped up a great deal (Ecco shows his extraodinary talents on loosie singles and verses here and there before the release, from the noise of the Crush Resist EP, to his verse on DJ Kenn's drill/Drain collab 'Frozen 2'.) However, Ecco has always made beautiful and highly developed work, such as the wonderful '[zzzZ] XxPosed', perhaps the greatest representative of what it means to be 'drained' - he sings "Turn into a ghost, I'm escaping / I'm a famous ghost, no location" and other truly poetic lines through heavy autotune and reverb, onto a heavy and dreamlike beat. Ecco2k's works, such as the aforementioned ℮ and the bootleg collection Beauty Sleep, represent the beauty of Ecco (like the rest of DG)'s work - raw emotion, processed vocals and beautiful beats.

Often unfairly dismissed as the most "generic" member of Drain Gang (if such a thing were to exist), Thaiboy Digital (aka Thanapat Thaothawong, fka Khazitin Bonleunge) raps in his third language, drawing on Thai imagery such as sak yant designs alongside Swedish ice and a hefty dose of worldwide designer flexing. Born in a Thai village, later moving to Bangkok, then Stockholm, then back to Bangkok after a controversial deportation ("Free Thaiboy"), the mixed-race rapper has, and always will be, an outsider, existing between the realms of underground trap and experimental electronic, even dabbling in Eurotrance under his 'DJ BILLYBOOL' alias.